You Can Listen, You Can Talk 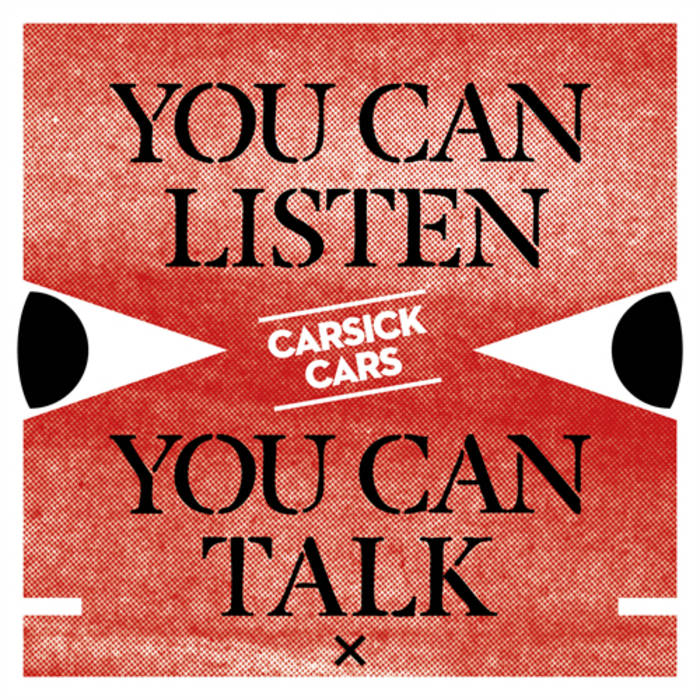 The second studio album from Carsick Cars is the long-awaited “You
Can Listen, You Can Talk” from Carsick Cars,” following by nearly two
years the explosive and almost joyful anger of their first CD, “Panda
Noise”. Produced by P.K.14 frontman Yang Haisong, their first CD threw out into the Chinese indie scene some of its most iconic songs, including “Zhongnanhai”, widely seen as the anthem of disenfranchised Chinese youth, and “Rock and Roll Hero”, a standard for younger bands. Their new record was produced by legendary producer Wharton Tiers after New York composer John Myers caught a Carsick Cars show during his visit to Shanghai and was so struck by the band that he immediately began lobbying for Tiers to produce them. As might be expected, the second CD is much bleaker and more complex than the first, with delicate, shimmering songs side by side with powerful, rage-filled eruptions of noise and chaos. But for all their differences both CDs are marked by the almost magical song-writing skill of frontman Shouwang, whose facility for combining complex harmonic structures with beautiful melodies and straight ahead guitar riffs make him one of he best songwriters in the world.

Formed in 2005, almost from the very beginning Carsick Cars has been
at the center of the explosion in Beijing musician and has received a
mixture of snarling opprobrium, especially from some of their elders,
and near-fanatic enthusiasm from their rapidly growing fan base among
culturally sophisticated but alienated young Chinese around the country.
Their 20-city tour of China in March 2009 with label-mates The Gar has
already passed into Chinese musical history as one of the key events in
the development of the Chinese independent music scene, and their
shows indicate how for many in the young audience Carsick Cars “belongs” to them as much as the young Bob Dylan “belonged” to his fans in the mid 1960s. Besides being one of the most admired and written-about bands in China, they have also received a huge amount of attention from musicians and critics in Europe and North America, having played in numerous festivals, most notably All Tomorrow’s Parties in the UK and the Primavera Sound in Barcelona, and toured with Sonic Youth in Europe.

More matured as they are, the new album reveals their attempts to break down their thinking models. A range of instruments and composing styles were involved, with rich melodic structures and the various tones and playfulness with texture that has always been so beloved a part of Chinese music. The quality of this album profited greatly from the word of Wharton Tiers, whose studio experience with some of the world’s leading bands has helped both in precision and intensity. Two years of accumulation and creativity have intensified their sharpness and increased the primal strength of their music. In this era of all-entertaining music, rock music has received its revival call and energy from Carsick Cars

可是他们他们他们却面带微笑
Track Name: Dear Friend
I am not here to pick anyone up
Or waiting here to be picked up
i am still here because i wanna be here
just like him to be alone

sometimes , i got really strange feeling
why i let so much time to go by
i am not here to pick anyone up
just like him to be alone

Sorry,sorry,i broke your mirror
but i couldn't stop myself
If you leave the window open
I just don't know what i'd do

他问我是否
是否想要离开
或是想要消失在
消失在无尽的车流中
在一天的尽头
你感到无尽的失落
Track Name: A Friend From Big City
my friend ,where are you going
are you trying to cross the beautiful darkness
oh,the big city won't set you free
my little street , will take you to nowhere

my friend , where are you going
are you trying to say something i don't know
don't wait until the party is over
my little street ,will take you nowhere
he said count to seven
he said can you dance with me
he said i try to remember
he said feels like long ago
Track Name: Kill Tomorrow
We gonna kill tomorrow
Run away from this wild world
Print the wall with gasoline
Throw yourself out of the window

Silence , silence stays in my head
What i fear comes from everywhere
And you will never truly understand
You will never ever feel your fear again