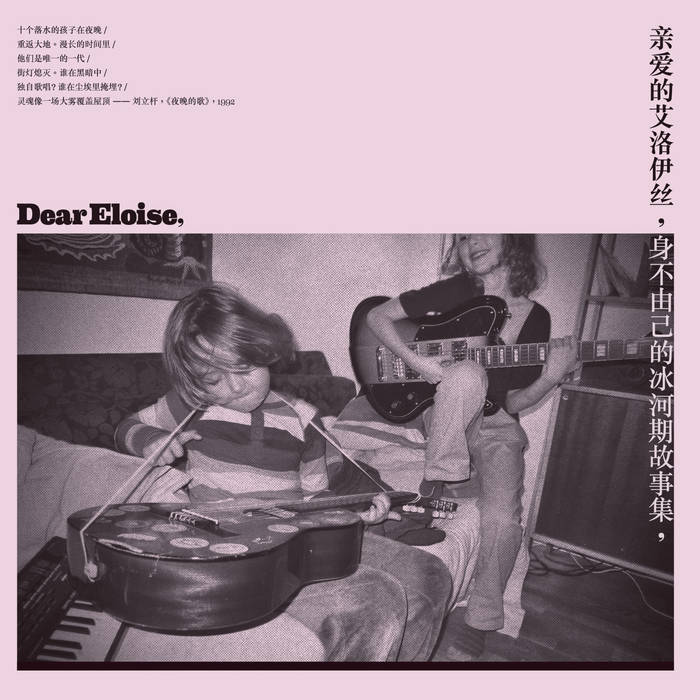 The overarching theme of UIAS is solitude, the icy mirror of memoir. From the very first track, "Apple", it's clear that some once-sweet fruit has turned bitter with age. Promises of new beginnings fade with startling speed, like a dazzling first snow shoved off into gray piles on bleak city sidewalks ("A Brand New World"). Sun Xia's doleful voice recalls faceless lovers, gone in gray dusk light on the first train out of town ("A Man Without Name"). She mourns rootlessness ("Falling Like Leaves"), travels winter paths lined with naked trees, slowly moving away from the hearth ("There is an Invisible Road"). The closest she gets to warm romance is on the C-side closer, "Teenage Girl", in which she taunts her subject, "Your world is so free / Love is in your dreamy beauty" before mocking with the wisdom of the adult lover scorned: "Does the flower you care about blossom? / It's your own ego you're nursing."

Everyone in life is a "Passerby": "There are no real encounters." Just a martial, two-step dirge marking the way past the occasional flash of brilliance ("The Place in White Light"), forever ending in a distant fiction, someone else's sculpture of your own stone-cold facade ("My Far East").

Ultimately, Uncontrollable, Ice Age Stories offers a sober message of hope: after the cold there is still a type of fleeting joy, the "Summer Night Smile" smiled for no one in the somber escape of solitary reflection.