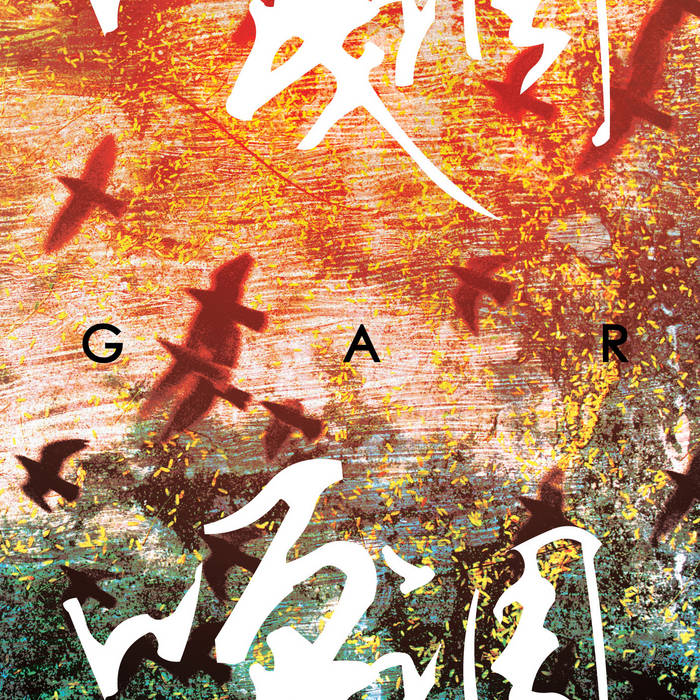 The three founding members of Gar were Zhan Pan on vocals and guitar, Wen Jie on bass, and Wang Xu on drums. They followed conventions, sang in Chinese, and didn’t play with form; all around, no gimmicks. But although they played relatively ordinary music, within the environment of free expression that is the indie sphere, there was something unique about them. They were like Indiana Jones’ true Holy Grail - unsophisticated and pure, yet endowing the holy water with its vital force. In recent years, so many alternative styles had expanded China’s definition of rock and indie music; so many trends had caused the crowds to reinvent their clothing styles; so many artists had convinced people that success was pushing the boundaries of their hearing; through internet downloading, so many previously unknown instruments and techniques had been discovered. Everyone accepted that one by one, these ways of thinking would yield innumerable innovations.

But Gar rejected these flashy facades and determinedly brought listeners back to primal musical origins. The information explosion had truly been overwhelming, transforming curiosity into an insatiable bottomless pit. Faced with all this, they did their best to push forward. Gar aimed to put out music that would resonate with listeners’ experiences and take root in their hearts. In every reincarnation of the music scene there are definitive songs and youth classics, and in the current cosmos of Chinese independent music, aside from the unabating clamor for challenge and innovation, it is Gar’s music that epitomizes this generation.

Gar has always been loyal to the idea that music should be free and uninhibited. Each song has a thoughtful core of picturesque disorder; at times compactly powerful and at times cleverly melodious, the effect is always revelatory. There’s an element of youthfulness about it, or a sense that it’s everyone’s last chance to uncompromisingly and unreservedly confront the unknown. It’s precisely because of this quality that fearlessness & unwavering resolve permeate every one of their songs. On top of this, the instrumentation conforms perfectly to the band’s intentions, faultlessly portraying the essence of the lyrics, making danger more pressing, emotional states more vivid, and taking everything to the next level.

Two years after their self-titled debut, Gar has drifted from the bitter cold of winter into fall’s harvest. Having mercilessly hacked their way through the dark green plains of their first performance towards the valley, their courage, confidence, and persistence generated a kind of indomitability. Decidedly opening new valleys in a once tranquil field, their knives cut through the vast greenness and stained everything with a deep red hue. Gar has taken their creativity in a new direction, with new songs that reign in the coarse and wild to achieve a deeper level of power.

During this quiet period of hibernation, a new bassist - Hedgehog lead singer Zi Jian - joined the band. Just as the joy of life lies in its transmutations, for Gar, the joy of creation is in challenge. Again they stood arrogant on the stage, flaunting their tighter command of music and more incisive understanding of themselves. Understanding the turning of the seasons and the subtleties of the night sky’s subtle influences on the soul may be the duty of the Sage, but when it comes to music, notes must be shouted before they can breach the formidability of the soul. The Gar has changed, the spirit of their music expanding so that listeners can find themselves in each song. But they’ve maintained their essence, the music igniting the desire for rebirth latent in every human being.