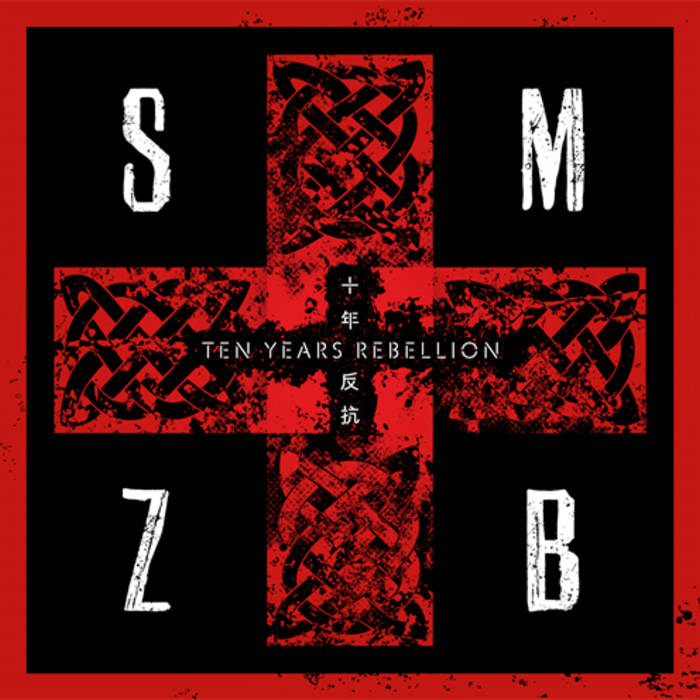 Founded in 1996, SMZB was one of the first punk bands to form in China and the first to originate from Wuhan, one of cities at the heart of China’s burgeoning underground music scene. Drawing their own influences from Celtic-inspired bands like Dropkick Murphys and Flogging Molly, and transforming these influences in response to the massive and outof-control social transformations taking place in their hometown and throughout China, SMZB is widely recognized as one of China’s most influential bands, whose fans include musicians from many of the most important punk and underground rock bands throughout China. Although they have produced five CDs to date, only the first one, released by Scream, was approved for sale in China, the rest were released only in Europe and North America.

Originally a trio when they first began playing smoky clubs and small
performance spaces in their home town, SMZB has subsequently gone
through several member changes and, by the end of 2002, had evolved
into a quartet. During the early years the band kept up a rigorous schedule of shows and tours throughout China and eventually abroad. In 2004 SMZB toured across Southeast Asia and in 2005 they completed their first European tour with the help of Norway’s October Party Records. In 2006 the band changed their line-up yet again replacing their guitar and bass players and adding a flute & tin whistle to complete the current fivemember line-up. Through these changes SMZB has grown and developed, smashing together in their music a mélange of Chinese influences, Celtic noise, and straight punk fury which has resulted in a unique style that is instantly recognizable.

It is not just as musicians that SMZB has helped create the explosion in
music that China is currently experiencing. Since the very beginnings
of China’s underground rock scene founding members Wu Wei and Hu
Juan have been active promoting shows, booking tours for foreign bands, and helping younger punk bands gain a foothold in the scene. Shortly after they were formed they founded the Wuhan Riot Group, a collective of Wuhan punk bands that was instrumental in forging the Wuhan underground music scene. SMZB continues to serve as role models for a whole generation of Chinese punk rockers and after ten years are considered one of the key bands in the explosive Chinese music scene.

Their sixth CD release, Ten Years Rebellion, was recorded in Wuhan
and mixed in Norway.