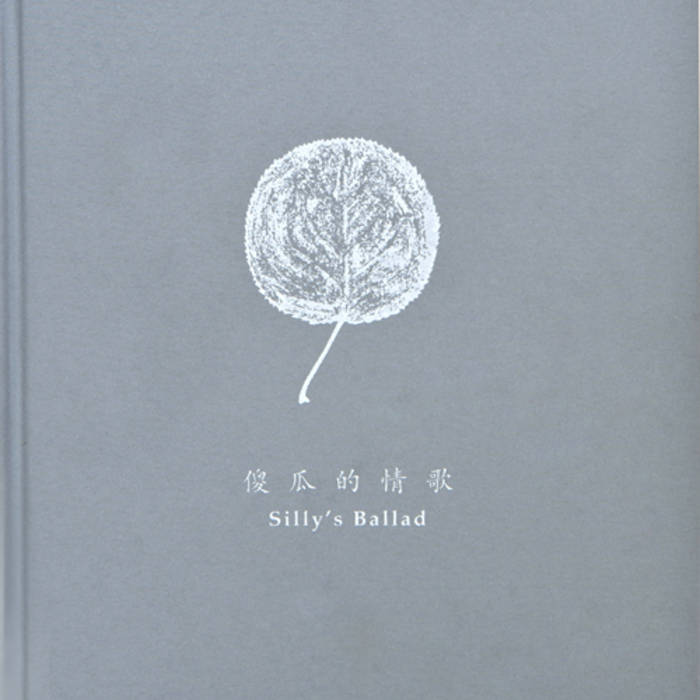 These 12 leaves were drew in the autumn Zurich 2010, every morning they were laying on my way to the mountainside, even fallen leaves didn’t make me feel depressed, they were unique when autumn comes, as love comes to someone, though he was common, innocently and illusorily hanging in the leaf sea. Now it seems like a new start, with my new feet.

The last day of May, I jumped down from the stage with my guitar, ended the performance. The year 2010 was the “tiger year”, it was my turn. The best or else the worst, no matter how you wear red underpants even everything in red, unexpected gift is waiting for you. “Someone blamed his shoes do not suit well till he saw a man had no feet.”Fortunately my feet were there but sorry to my thick and warm plaster boots, I can’t take you for a walk. At least 100 days for a bone broken to recover. However this summer was not endless with my recording of several songs, in the concave sofa of the living room.

When the summer of childhood came to me: my parents took siestas everyday, and my brothers and I were forced to do it too. I was lying on the gluey bamboo mat dreaming of the cool river and bare butt buddies. Cicadas were sizzling and I was eager for the time my daddy fell asleep, so I side out of the room, but a beat-up as a matter of course. The blacktop with few grown-ups drove us hopping, running and frolicked on the way to river. How we yearning for the cool river for all the grown-ups care. Many years after we knew about that river was not clear at all, but I told myself she was clear at that time, like
our eyes were pure at one time. I have opened my eyes once in that river and I found a shoe of woman in river bed, I thought deeply of a big question when diving into the river. Never forgot, bare butt boys from the river, lying prone on the sun-burned floor slab, sizzling little cocks.
Recalling of my feet aching, come back to earth, with my poor sofa. Again it reminds me Sister Zhang Haidi in our text book of primary school: how old is she now? Where is she? What she is doing? Does she have children? Is her husband a good man? Why not people talk about her now? I wish I could control my mind, but actually troubles myself again and again.

These ballads, I think another silly may taste them. When I recording them, cicadas was tweeting, and sometimes even a plane passed. I tried to recording without any surrounding sound before by thicken the wall of my studio, but at the same time isolate beautiful thing outside. So I won’t perfect them, with noise and flaws, rough composition, demos forever. At one time I was walking on the way to the record label with my elaborate demo, it was nice, but the rigid drawing room or the awkward progress was not.

I hope this album will become the glorious road which a silly looking for another silly.