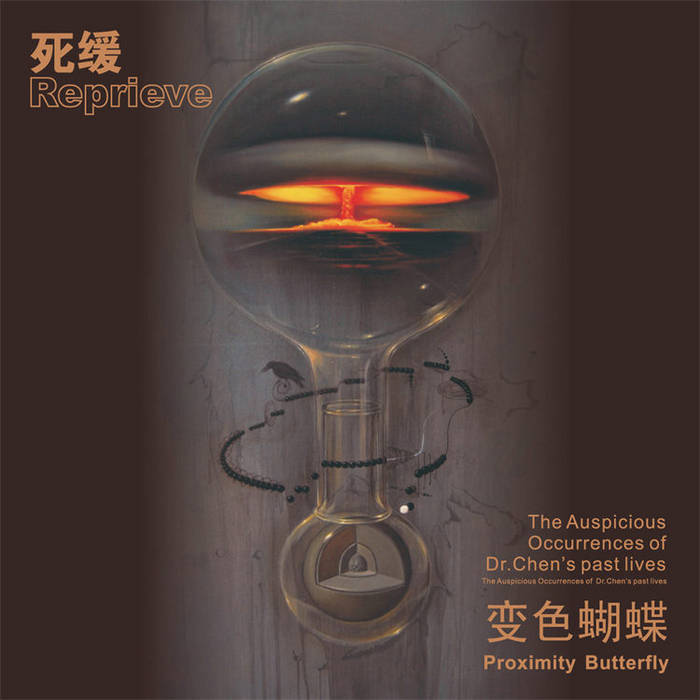 Proximity Butterfly melts together with ancient Chinese instruments and cutting edge-rock layered with psychedelia. Established in 2003 by Joshua C. Love (America), Chenduxi (China) and Heather Judson (Canada), Proximity Butterfly landed in China 9 years ago – since then, the tales of performance, power and the world’s unknowns have shaken the space that makes this band so unique and full of genuine expression. The band currently consists of guitarist/vocalist/producer Joshua C. Love, bassist/vocalist Heather Love, guitarist Lenny (Robert Tanner), and drummer Wang Yong.

Their music is mixed with a complex variety of elements, including the retro atmosphere of Led Zeppelin through complex jazz time signatures, Pink Floyd’s psychedelia and strikingly poignant lyrics, an unidentified aspect of aggressive rhythm structures and an ethereal tactfulness only to be compared to the likes of Jane’s Addiction or Sigor Ross. Creating an almost circus-like attraction to what songs they’ll play next, Joshua C. Love describes it as, “looking for the timeless, a series of works that can be heard in a 100 years and people will say, yeah, I know that feeling.”

Originally a four-piece band in 2003, none of the members had any professional training to the point the bassist (Heather) hadn’t even picked up the bass yet. “We weren’t just musicians; we were artists. We shared a vision of how visually something could be expressed through sound.” The band evolved through many transformations, sometimes having 7 or 8 performers on stage making use of violas, clarinets, oboes, hand drums and many more unique and varied sounds. Soon after they formed, they were featured in Rolling Stone Magazine gaining them National Attention. This momentum brought Proximity Butterfly to record their second of many albums, Arcana [2006] and to experiment with new non-traditional rock sounds.

“The live shows are like a ceremony. Not religious, but so full of passion and attention that the energies tie the room together.” –A Fan
Immediately drawing attention from record labels around the country the album was praised and released nationwide to enthusiastic audiences. In 2007 they were voted Chengdu’s best performance by Chengdoo Magazine. After the release of Arcana and two nationwide tours with guest drummers sitting in, the birth of a beautiful daughter, Aetheria Hope Love, gave Joshua and Heather new inspirations for what was to come. Shortly after, local well known Chengduian drummer Wang Yong, an old friend, came asking if he could join the band. We continued as a three-piece through 2009 writing a concept-album – The Reprieve – our greatest work to date.