Party Is Over, Pornostar 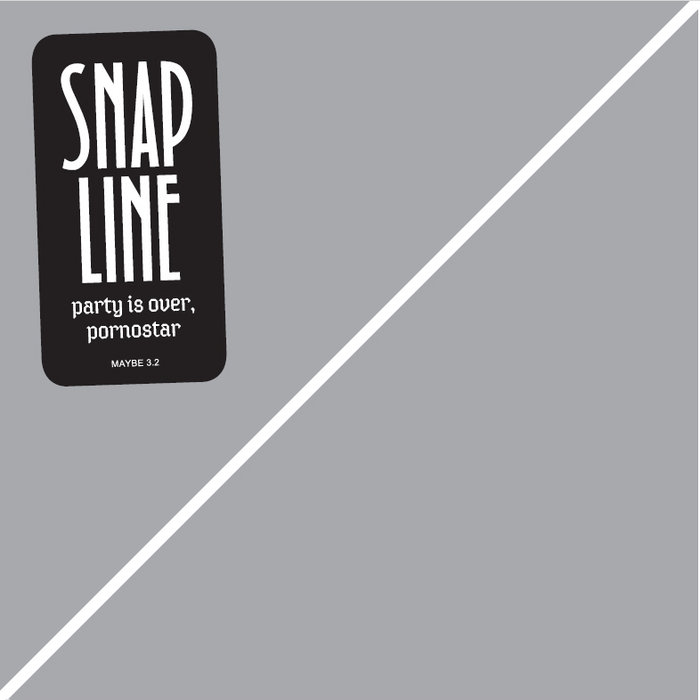 Almost overnight, Snapline became Beijing’s fastest-rising young band. In 2007 alone, they earned features in the local media, released their first 7” single in the US, and dropped their debut full-length with Maybe Mars, firmly establishing themselves as more than just a side project of then-Carsick Cars members Li Qing and Li Weisi.

The band began when guitarist/keyboardist Li Qing and bassist Li Weisi met as students at Beijing Institute of Technology. They joined fellow BIT student Shou Wang to form the seminal Beijing underground band Carsick Cars, with Li Qing playing drums and Li Weisi on bass. Their music was dedicated to working out, in a contemporary Beijing context, the sounds and ideas produced by New York’s noise and minimalist musicians of the 70s and 80s. Also wanting explore the dark, industrial music coming out of England during that period, especially from bands like Joy Division and the Cure, Li Qing and Li Weisi created a side project which performed strange, drum-machine-driven music over dark, minor chords. Snapline was soon joined by Tsinghua University student Chen Xi on vocals and drum machine, who bought a softer, more fluid sound to the band with his delicate and slightly otherworldly singing.

When producer and ex-PIL drummer Martin Atkins came to Beijing in late 2006 to check out the local scene, he was delighted with dozens of bands but wholly awestruck by Snapline’s uniquely weird melodies, and immediately insisted on producing their first CD. Within weeks they had laid down the tracks in Beijing and over the next few months Atkins worked on the mix in Chicago, at one point flying Chen Xi to the studio to add additional tracks.

As snippets of the recording filtered through the scene in China, the band’s shows started drawing larger crowds, and they quickly developed a very strong following. A series of concerts at D-22 established them as one of the central bands in the scene, much loved by critics and musicians, although difficult at times for audiences to follow. Although ‘accessible’ isn’t the best way to describe this band, their followers are passionately loyal and their music keeps growing in strange and unexpected ways. In October, 2007, they performed a stunning set at the Modern Sky festival, driving away half the audience in bewilderment and keeping the other half rooted to the grounds, mouths open, as Chen Xi danced and stumbled frenetically onstage while Li Qing’s strange and ugly noises dueled with Li Weisi’s relentless bass lines. After that show it was clear to many that Snapline was one of the key bands emerging from the Beijing’s musical explosion.

The subject of many articles in the Chinese press, the band was listed in the September 2007 edition of That’sBeijing as one of the ten best bands in China, and in an article in Rolling Stone that same year Li Qing was listed as one of China’s four major guitar innovators. The band has continued to play and tour domestically, and in 2009 Li Qing was named one of TimeOut Beijing’s top 20 coolest rock stars in the capital.