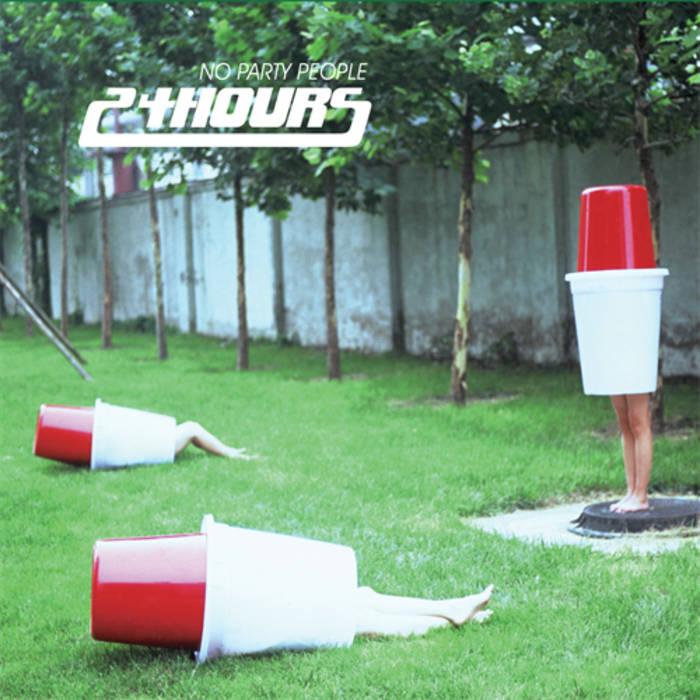 24Hours are one of the most intelligent newcomers in China’s rock
scene. Hailing from Xi’an, one of the four great ancient capitals of China, the three create, in their own words, passionate rock and roll. Solidifying their lineup in May 2007 with bassist Zhang Chen, guitarist Ren Yilan and drummer Li Guanyu, the three share vocal duties and are also entwined in a simple-yet-complicated relationship that effects their approach to music. Zhang and Li were high school classmates and are now lovers, while Zhang and Ren were university schoolmates and lived in the same dorm. Their music is often the reflection of the relationship among the three: constantly-changing but always-intense.

In October 2007, they played their first show in Beijing at the legendary
underground music venue D-22 and caught the eye of local musicians
Yang Haisong (P.K. 14) and Li Qing (Snapline, Carsick Cars). With their
help, the trio signed a deal with Maybe Mars Records. They moved to
Beijing in early-2008 and quickly dove into the city’s challenging sonic
environment, becoming one of the city’s most prolific bands by playing
several gigs per weekend, developing both a devoted following and attracting local media in the process.

There are many different ways to analyze 24Hours’ music. Originally
calling themselves 24 Hour Party People, an homage to the eponymous
2002 film chronicling the lives of Manchester’s music community from
1967 to 1992, they soon shortened it to to its current incarnation. While
their name naturally conjures up imagery of post punk and the artists
from that period, it doesn’t mean that 24Hours is simply the continuation
or the imitation of certain bands or genre, but rather is intended as a
tribute to the bands and music that they enjoy. From the very beginning,
from basement practice sessions to their live shows, they slowly found
their own style. In Summer 2007, the trio released their debut EP in
Xi’an using a pure DIY ethic, handling production, mixing and art design
themselves.

After two years, the band released their debut album No Party People.
Produced by Martin Atkins (PiL, Pigface, Nine Inch Nails) the famed
Chicago-based producer initially cut his teeth working with Beijing bands by producing Snapline’s debut LP, Party is Over, Pornstar (2007). Using his unique style to capture both the rough and fresh feeling of their music, Atkins has succeeded in elevating their sound to an international level. The 8-song effort maintains the fury of their live sets while adding a dreamy sonic dimension awash in subtle nuances.
Upon completion of their debut album, the band, who are all art majors,
drew all the paintings for their first music video “Mr. Stevenson.” They’ll
continue to add fresh blood to the Beijing music scene, and hopefully,