Music for An Exhibition 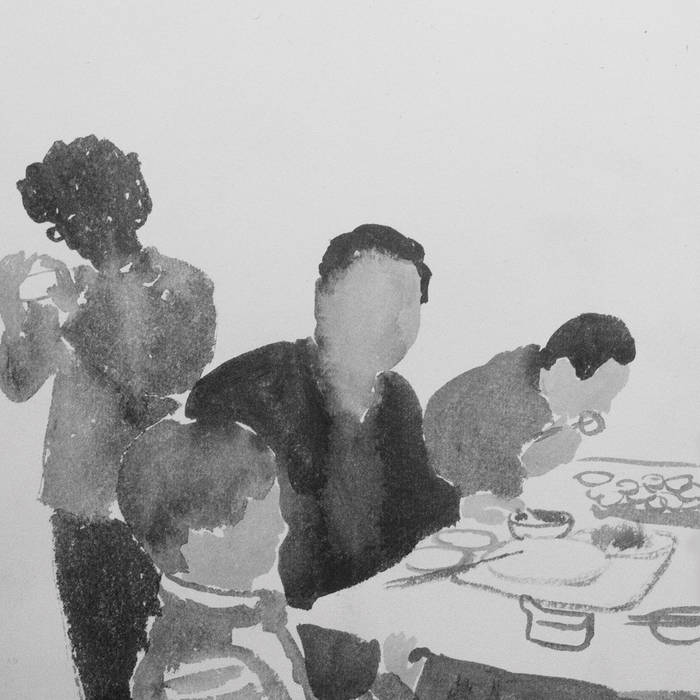 Music for an Exhibition is a live document best written about as a static image. P.K.14, the foundational inspiration for an entire genealogical branch of Chinese art rockers, were invited by artist Sun Qiuchen to perform at UCCA, Beijing's most renowned contemporary art institution. Though P.K.14 had played every kind of space China had to offer over their 15+ years as a band, this was nevertheless a frontier for them, a new challenge.

One take, live, no overdubs, Music for an Exhibition is a free fall, a slow dive into the dark hearts of Beijing's most progressive rock experimentalists. It's ambiguously divided into four sections, loosely based on the Chinese idiom "金蝉脱壳". Literally: the cicada sheds its shell. Imagistically: the real thing is gone, but the husk remains.

Music for an Exhibition is a metonymic escape plan, an over-saturation of sound relieving the anxieties inherent in contemporary life, sheathed as it is in the empty shells of brand identity and the gauzy, religious shroud of finance. "It's about our world," says P.K.14 vocalist Yang Haisong.

The exhibition is gone, those thousands of carapaces reverted to the dust from which they came. But the music remains.