How'd I Turn So Bad? 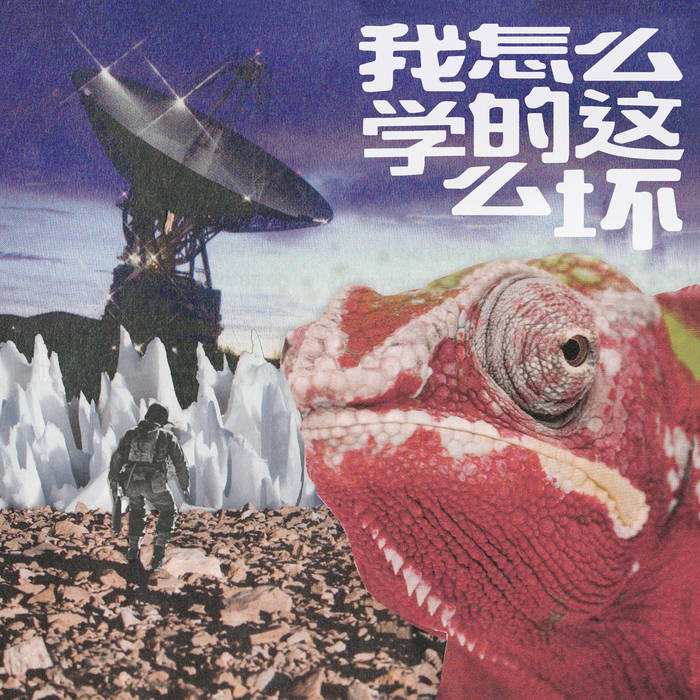 垃圾王之王中王 May the fuck be with you, Secret Lovers. Favorite track: Undercover Cop.

Chad Absolute insanity and some of the highest energy punk I've listened to. I love it. Favorite track: Pop.

Alexander Freeman Super-catchy punk even though I can't understand the lyrics. Vocals can switch from hard to sweet and I'm obsessed with it Favorite track: Pop.

rihle It's loud, aggressive, and crazy right from the start. Favorite track: School.

Back with their second discharge, on How’d I Turn So Bad? Dirty Fingers sounds like they’re surfing into hell, where all their friends and idols live. It’s the sound of introspection but no repentance, a question without a desire for an answer. “I erased my composition and wrote down my youth in the textbook” belts vocalist Guan Xiaotian on the opening track, “School,” which could refer to the institution of higher learning in Shanghai’s Yangpu district where the band formed, or to the beer-drenched bar in Beijing where they got their real education. Perfection isn’t the goal, just raw feeling — “I'm happy that this album is not flawless but is the right expression of our natural gift,” says Guan.

If not “perfect,” How’d I Turn So Bad? still just right, hitting the goldilocks zone between channeling the band’s forerunners — The Germs, The Cramps, their Beijing buddies Bedstars, early Talking Heads covered way too fast — and creating an energy and semi-damaged surf punk sound all their own. How’d I Turn So Bad? plays like a diary of sordid thrills, licentious libertines and enlightenment won the hard, wrong way. Populated by Dead Girls, Undercover Cops, and Fake Rock Stars mixed up in a sour, filthy scene, this album’s a finger in your eye and a blistering master class on how to package 2-minute, 3-chord Pop.