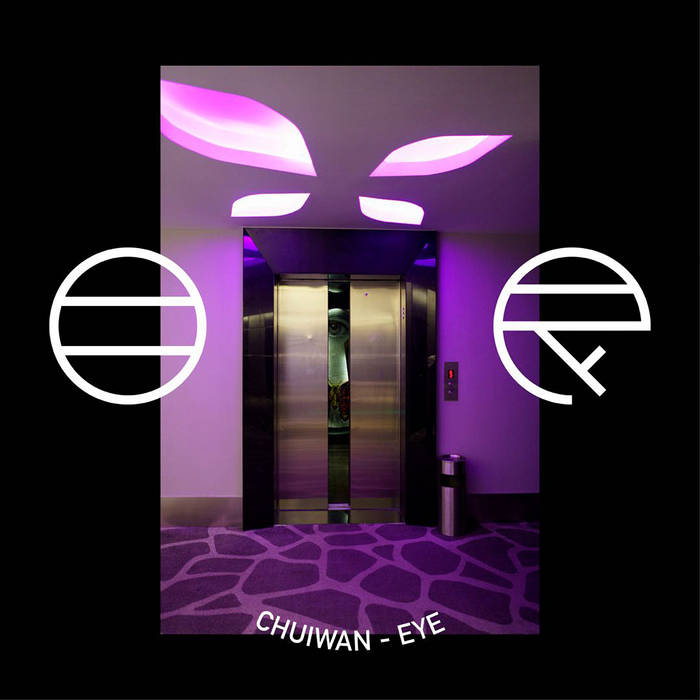 Sometimes, the sun’s light glitters in your hand.

Chui Wan has always been preoccupied with light and sight. From the experimental, effect-laden outbursts of their bombastic debut White Night, to the prismatic psychedelic compositions of their self-titled followup, to the atmospheric, filmic opus that was 2017’s The Landscape the Tropics Never Had, Chui Wan is always seeing as they’re hearing, describing lush and light flights of thought as a gestalt of sight and sound. The band’s fourth studio album, Eye, makes this con-nection more explicit than ever: the mind’s eye and the doors of visual perception are referenced again and again on this, the band’s most accessible and profound achievement of affective songwriting prowess.

Eye moves quickly from opposite to opposite. It opens with a highlight, “Sun” (the eye in the sky), an immediate reminder that despite their bona fides as consummate experimentalists, Chui Wan is still eminently capable of crafting infectious pop melody. Perhaps, what you see is just dusk, sings band leader Yan Yulong on a track whose bright exterior, accentuated with thick vocal choruses and rivulets of ambient flute, conceals hidden lyrical depths. Perhaps the sunlight is never far away.

Later on the album this dynamic is reversed, like a photo negative. Over the years, bassist Wu Qiong has become an increasingly important vocal presence in the Chui Wan mix, and she pairs beautifully with Yan’s low register on the album’s haunted title track, ruefully harmonizing: The curtain’s pulled back / The abyss of the night sky, an endless sigh / Gods met and took back some light. Wu also closes the album with a poignant flourish on Eye’s soft and dulcet final note, “All Tomorrow’s Flowers,” a subtle nod to one of the band’s key early influences (The Velvet Underground) and an indicator of how much they’ve matured as artists.

Aside from the mystical, ever-cryptic lyricism — a constant throughout Chui Wan’s discography — sound-wise the band has shed some of their rougher edges on Eye. Much of the grit and dis-tortion that tinged earlier albums has been replaced with a high polish, a studio sheen achieved by producer Rusty Santos (Animal Collective/Panda Bear), who’s making his second appear-ance in the Chui Wan liner notes. Beside a few plaintive codas like the enigmatic “Silence Bought the Whole Lake,” Eye moves evenly and purposefully through its ten tracks, held together by propulsive percussion from new addition Wen Zheng and a dense sonic sculpture of voice, gui-tar, organ, brass, woodwinds, and Japanese strings. It’s Chui Wan’s most harmonious album yet, a metaphor for the band’s shifting perspective as their mind’s eye continues to sweep across the universe according to its own, singular rhythm.


Eye by Chun Wan will released by Maybe Mars Records on September 29, 2019.


All songs recorded in Lisbon, Portugal, April - May 2019