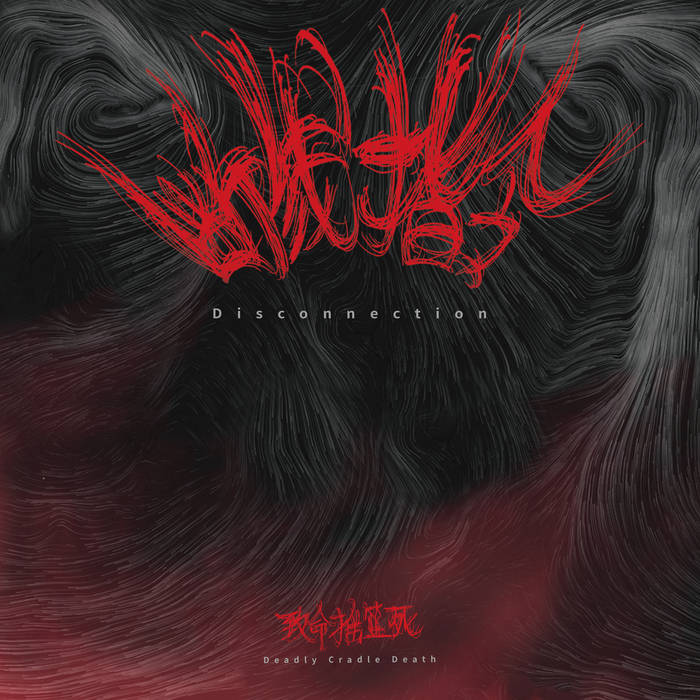 The story goes that in 2011 He Fan (lead singer and guitarist of Birdstriking) was on tour with Carsick Cars at SXSW, and shared a bill with itinerant noise-head Sewn Leather. Inspired by this collision of punk attitude, piercing feedback, and melted hip hop and techno rhythms, when He Fan got back to Beijing he and Liu Xinyu (founding guitarist of Chui Wan and currently of Sleeping Dogs) started experimenting on iPads, computers, and cheap keyboards. For the next few years Deadly Cradle Death would pop up at now defunct venues in the city, like D-22, Raying Temple, and later on XP. Their live sets could involve masks, or light bulbs shining directly into the audience’s faces, with high-pitched noise giving way to He Fan’s screams and the thudding beats that Liu Xinyu played by hand. Deadly Cradle Death stood out for offering two indie-kids’ creative mishearing of production techniques from hip hop and the EDM that was just hitting the Chinese mainstream. It was like the experience of hearing those genres for the first time with zero context: a pure distillation of dark, alien pop music.

But then, not much happened. As Birdstriking and Chui Wan started touring the world, there wasn’t as much time to put half-broken electronic junk on top of tables. The band released a split single with the Telescopes on Genjing Records in 2015, but was otherwise mostly silent until a trickle of live dates began in 2018. So why a Deadly Cradle Death album in 2020? Beijing is a very different city than it was a decade ago, and He Fan and Liu Xinyu are not the upstart kids of the music scene. In fact, this album has already been recorded as early as 2012, but the band was still hesitating because this version was too delicate. In 2019, they finally think out that the strong rough feeling of the live performances should be restored in this album, so for now we have this re-recorded album after a long waiting.


Two reasons stand out: first of all, it turns out that when your main gig is composing psychedelic pop anthems, even your noise jams will be extremely catchy. Many may remember the duo for the intensity of their live shows, but it is also hard to listen to a song like “Modern People Hate Old Psychedelic Song” without getting it stuck in your head. The fact that the song in question is built out of not much more than extended synthesizer notes, the pounding electronic approximation of a floor tom, and He Fan shouting about people disliking old guitar rock just goes to show the extent of his and Liu Xinyu’s craft. Secondly, free of the expectations and genre limits placed on their other bands, Deadly Cradle Death is a space for the two musicians to mess around with sound, genuinely experimenting just for the fun of it.


Listen to the dancehall backbeat and clave-like percussion of “Animal Thing”; the feedback squeals and out-of-control bells of “Coffee Trip”; the bizarre goth trip hop of “长梦” (Long Dream); or the electronically reconstructed drone rock dirge of closing track “Everything Is Yours”: only Deadly Cradle Death would make these sounds and think to put them together on the same album.

Disconnection Order (断线指令) doesn’t present itself as definitive statement so much as a document of two talented friends playing music together, trying out whatever ideas come to mind—and precisely because of this, if we listen closely, within the cacophony and contradictions, we might actually learn a lot about the past ten years in Beijing and in music.