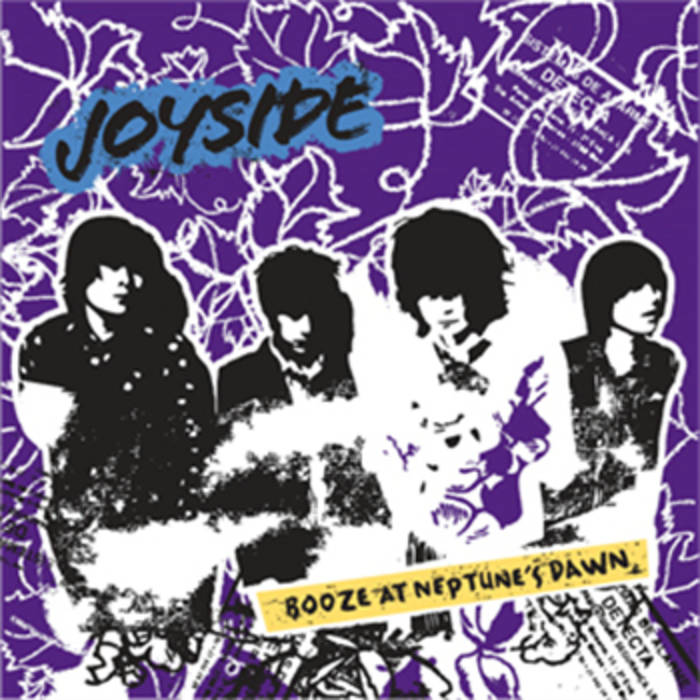 Considered by many to be China’s greatest underground band, Joyside was formed by Xinshuang refugee Bian Yuan in 2001, in a dark dank basement in the north of Beijing. After three years of playing small clubs in Beijing, literally for beer and cigarette money, , they lazily released their debut album, Drunk is Beautiful, whose name comes as close to expressing Joyside’s ferociously decadent aesthetic as any three words can. With five CDs to their name and the well-deserved reputation as China’s greatest indie band, they consider themselves to be bitches of rock ‘n’ roll, addicted to the music and the mad posturing of the pre-punk New York scene.

The band consists of Bian Yuan on lead vocals, Liu Hao on Bass, Guan Zheng on percussion, and on guitar an astonishing young guitarist, Hongwei, who was featured in a 2007 Rolling Stone article as one of the four most important guitarists in China. Along with their work in Joyside, the band members are actively involved in other projects. Both Bian Yuan and Liu Hao are members of Johnny’s Teeth, and Liu Hao also plays for Dog 13. Guan Zheng performs regularly with Linga and Believers, while Hongwei has performed in number of one-off and experimental shows throughout Beijing. Bian Yuan’s acoustic performances are a mainstay at the famous Wednesday night Punk on Wood series at Beijing’s D-22 club.

It is hard to go to a Joyside show without ending up drenched in sweat. They rock ferociously and in the great tradition of outlaw rock, and they turn every audience into frenzy, especially as Hong Wei’s intelligent, subtle guitar playing suddenly beaks into a nasty, ugly crunch and twists around Bian Yuan’s singing. There are influenced by the full gamut of rock and roll history, completely at home with the early American rockers, the Mods, or the seventies punk scene, with particular influences being the Dead Boys, New York Dolls, Johnny Thunders, Sex Pistols, and the Stooges.

Besides being one of most hard-working bands in China, playing Beijing clubs regularly and touring China, in April, May and June of 2007 Joyside embarked on a major European tour playing sold-out shows in Germany, Austria, Switzerland, France and England. During the tour they were widely featured in the European press and German television. They have been featured as the main band in Beijing Bubbles, a German documentary on the Chinese underground scene released in 2007, and in several other documentaries and histories of Chinese rock and roll. In September 2007 That’s Beijing listed them as one of the top ten bands in China.

In September 2007 Joyside played the Beijing Pop Festival alongside their heroes, the legendary New York Dolls. Sylvain Sylvain in a press conference called them his favorite new band and offered to produce their next CD. Joyside will spend much of the next twelve months touring China aggressively and bringing their brand of musical liberation to the furthest corners of China.