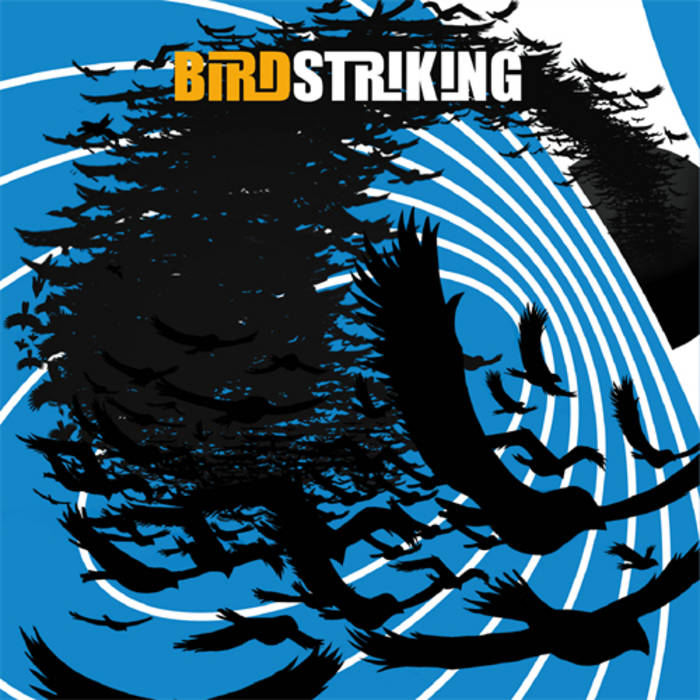 As early as the spring of 2009, when Birdstriking standed on D-22’s stage and played their songs for first time, they quickly caught audience’s attention, not only those music fans, but also some experienced musicians. Just two weeks later, people found that even if the young band had many stumbles while performing, string snaps or being out of tone, they has a surprising skill in arrangement and Chinese lyric writing. Their music is full of danger and passionate vitality. After observing several shows of Birdstriking, sharp-sighted music lable Maybe Mars decidedly signed with them. Following their better and better performance, Maybe Mars’ captain Michael excitedly described the band as one of the “self-confident new generation of Beijing bands” in an article he wrote for Universal about Chinese underground music scene. In addition to getting the appreciations from Michael and other musicians, famous creative music website Noisey has made a mini-documentary for band, Ray-ban also invited them to play in the brand’s party show. Now, Birdstriking is the most fierce and aggressive new band of Maybe Mars. Thought these three boys are all under 23 years old, they own a strong invisible power around when they’re on stage. Besides the stimulant smell from their music, daring performings in experimental music series “zoomin’ night” add more creative character to the band.

In January of 2011, growing birds started recording their self-titled debut “BIRDSTRIKING”, which includes 14 Chinese and English songs, produced and mixed by Yang Haisong. Yang has made many important albums for Maybe Mars, like Carsick Cars, Ourself Beside Me, 8 Eye Spy and Rustic’s first albums. This time, he worked with young band again. Before recording, Yang said that he would add many brand new ideas into this album, especially in vocal recording and tones. In one of the songs called “No Rock ‘n’ Roll”, Yang put a microphone in the middle of two amplifiers to make feedback and let it go through the whole song. Vocal and guitar player He Fan played more guitars in recording, widening the sound field. Also, Yan Yulong from Chui Wan played violin for the song “Magpie”.

For the music scene, this album shows the extension of Beijing’s even Chinese musicians’ sights, as well as the changing of the new indie music. The indie musicians on longer adore and limit themselves in existing genres, they’re turning to praise the creativity. Birdstriking has larger ambition, beyond noise rock, punk rock or original rock, they want to get rid of all the astrictions, flying freely like birds, accepting multifarious music or sound. This new debut is just the beginning. The bird chasing freedom strikes the huge fast-moving machine, the meaning of “Birdstriking” is obviously seen.

Like Liang Qichao’s “Shaonian Zhongguo” (少年中国), apart from talent, maybe only the determination and courage of young people can change this world.