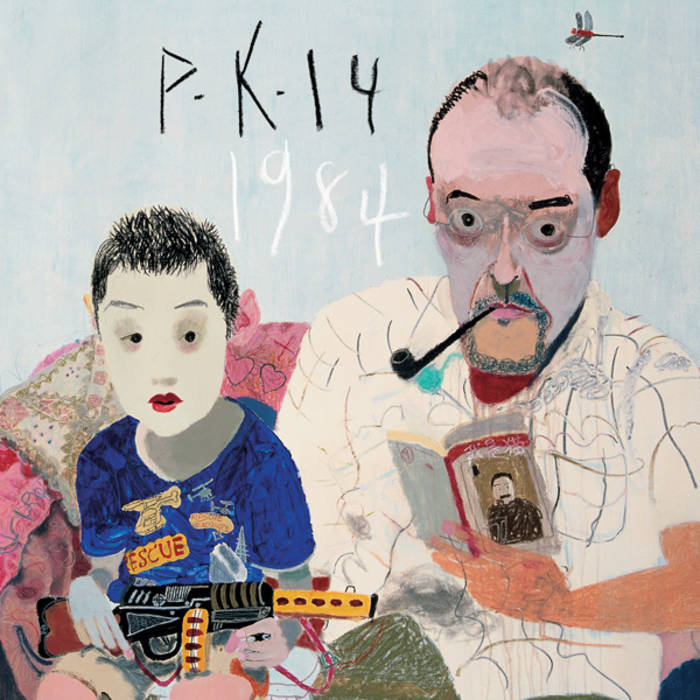 "1984" is P.K.14’s follow-up to "City Weather Sailing" and comes after a five-year hiatus. The name of the album was inspired by "1984", the dystopian political fable and the final novel by English writer George Orwell (1903-1950). Most of Orwell’s works have a vitality that has only grown stronger over time. Likewise, P.K.14's music also has an astonishing, enduring vitality that prompts the listener to think and come to his or her senses.

The band’s fifth studio album, "1984" was recorded in October 2012 at Electrical Audio in Chicago with the help of legendary American producer Steve Albini, whose previous collaborations include Nirvana, The Pixies, Cheap Trick and P.J. Harvey. All tracks were mixed in Sweden by producer Henrik Oja, who also worked on P.K.14’s first three albums.

In a departure from their usual recording process, for this album the band first went to Sweden to rehearse for a week with Oja, who worked a lot on the guitar and harpsichord. Together they put the final touches to the beautifully crafted sound that has now become P.K.14’s trademark.

As with Orwell’s novel, "1984" is a spotlight in the dark, with songwriter Yang Haisong’s haunting and subtly satirical lyrics speaking of a harsh reality:

“You and me walked a long, long road / You and me once left the world behind us / You and me once heard their jeering laughs / They welcomed us to the world of being controlled” (You and Me)
“I’ve already forgotten everything that’s happened / I live in a world without truth / I’ve already forgotten everything that’s happened / That which is miraculous couldn’t be more miraculous / That which is dead couldn’t be more dead” (Flowers In Hand, A Crazed Woman)

Yang Haisong’s powerful and poetic texts – and subtexts – hold a mirror up to the world and warn of a life lived in "1984", where just having a thought can be a very dangerous thing. If that day arrives, at least we know “the Public Kingdom For Teen” will be in our corner, singing a war cry.